The new Les Fleurs Boutique Hotel has appeared as result of the refurbishing and adaptation to the new purposes of its use of the Alexander Building, one of the earliest modern structures in Sofia’s historical centre, situated at the corner of Vitosha Blvd. and Ivan Denkoglu Street, which used to house commercial and service activities at eight above-ground and two underground levels.

The cold and business-like look of the building, largely due to the extensive use of aluminium and glass, was no longer suited to its new functions as a place of accommodation and recreation.

In harmony with the need to change its image, the initial idea was to give a new appearance to the hotel building, a new “wrapping” that would immediately indicate the new role of the structure and its internal life.

The floral concept, which in the history of art and architecture is associated with the period of Art Nouveau by tradition, was revived and interpreted in our project idea with the desire to make the building look natural, spacious, dynamic and colourful, in contrast to its former cold and sterile appearance. This is also the purpose of choosing the name and the logo of the new hotel and this is how Les Fleurs appeared.

The floral theme is part of the physical and colour arrangement of the premises: each room has a floral theme of its own, as a result of which each room is different from the others in terms of size, form, materials and colours. Right from the beginning the concept was applied in the outside finishing of the building and thanks to the use of a special cover capable to filter the natural light and the artificial lighting reacting to them an original picturesque effect was achieved.

The design project that includes lighting equipment for the facades adds to the artistic concept of the building’s appearance at night.

Francesco Lucchese was born near Messina in 1960 and he took his degree in Architecture in march 1985 at the Milan’s Politecnico University. He won, in june of the same year, the first prize for the project of a folding chair, called Traslazione, that was presented at the international competition Collective Spaces by the ADI (Industrial Design Association).

His design activity is fixed around light and colours: his particular interest tends towards the power of light that can always transmit something to people and the expressive strenght of colours.

This interesting way to see design is the reason why he has worked for some important and famous italian brands as, for example, Venini, Egoluce, Luxo, Fabbian: this kind of collaborations has transformed his concept of light in effective and successful products. Twirl lamp joins the innovative technique of rotational plastic that permits to make objects of big dimension with a single piece and with new technologies of course.

Lucchese’s name is also known in the bath’s world: he drew many accessories and objects for brands as Inda, Rapsel, Hatria, Colombo Design, Titan, Fir, ecc. Murano glasswares are one of Lucchese’s most important passion infact he has invented many vases for great firms like Venini, Salviati, Sardinia Crystal, Nason & Moretti, Cappellini. We must remember his particular attention in furnishings: he is always able to anticipate new trends and to focus on the real needs of people (Cappellini and Swan are an example).

He has been a teacher of Industrial Design at Brera Academy in Milan from october 1989 until 1991. He has been invited at Milan Politecnico in 1990 in order to presid over the seminar Italian Design for the students of Cincinnati University (USA). He gave many lectures about italian design and light design in Kiev, Tallin, Sofia during 2001 and he has been chosen as foreman of the jury for an architecture’s international competition in Moscow. He has been teacher at Master Class and at the International Design School of Moscow. Actually he’s a professor at Industrial Design Faculty of Milan’s Politecnico.

Ldesign studio engages itself also in the concept of coordinated image: collaborations with firms like IBB, Aghifug, Forma e Funzione, Nason & Moretti, Solmet and Swan, A+DESIGN, BMOOD, OLYMPIA are examples of strategies undertaken with a total aim of coordination of product’s image from the graphic level until communication and exhibition events. Actually the activity of lighting designer is developed intervening through light project in architerctures of international professionals and matching its own architectural projects with a light design that arrives until product. Recent architectural projects are many lofts and an hotel in Varese and a big cinema and an hotel in Sofia. 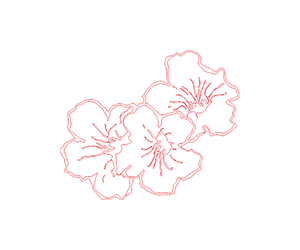